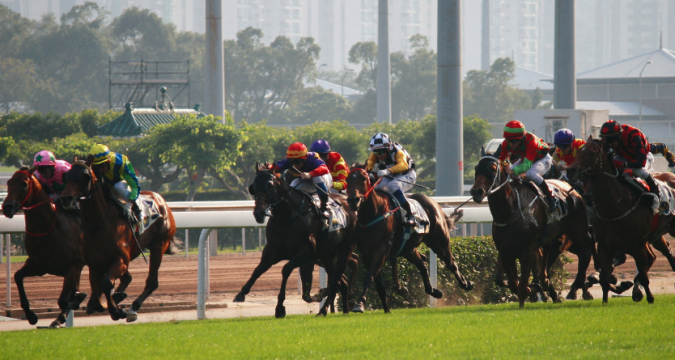 Kentucky is the horse racing capital of America.

But it’s a big state, and there’s room for more tracks on the Bluegrass.

Revolutionary Racing Kentucky LLC has applied for the ninth and final horse track license in Kentucky and has designs on building a quarter horse track in Boyd County, which is in the northeastern part of the state and has a population of near 50,000.

Kentucky hasn’t had a true quarter horse meet since 2010, despite a clear need. The American Quarter Horse Association cited statistics showing that there are more than 10,000 owners of more than 30,000 quarter horses in Kentucky.

Not much is clear about Revolutionary Racing Kentucky, although its website lists one of its leaders as Prentice Salter, who is also the President of ELS Gaming. That is the company that helped reopen Colonial Downs in Virginia after a long dispute over purses there.

The company filed a letter with the Boyd County Fiscal Court pledging $50 million to be invested in a new facility.

The proposed site is in an entertainment district in Camp Landing, a neighborhood in Ashland. Once a Sears building and once slated to be redeveloped into a convention center, the proposed track would include 400 ‘historical horse racing terminals,’ and the company said it would provide 200 new jobs for the area.

Steve Patterson, listed as the media relations representative for ELS Gaming, said in a statement offered by The Daily Independent that the process was underway.

“Revolutionary Racing Kentucky will be applying for a horse racing license with the Kentucky Horse Racing Commission and, if approved, plans to build a first-of-its-kind equine facility in Boyd County.”

It’s a device that allows gamblers to bet on past horse races. The names of the horses and the jockeys are obscured, so the bettor is just betting on the pony.

Kentucky is taking no quarter horses

Quarter horses aren’t as big as the thoroughbreds that Kentucky is famous for, but they are just as fast (just for not as long). Typical quarter horse races are sprints between 220 and 770 yards, with the most common distance being 440 yards – a quarter of a mile, hence the term.

Cumberland Run, a track in Corbin, Kentucky, was originally slated to be a quarter horse track when it was planned in 2017, but it has since changed to accommodate harness racing.

The ground was broken on Cumberland Run, a joint effort between Keeneland and Kentucky Downs, in January, and the plan is for the track to conduct its first meet in the fall.

The northeastern quadrant of Kentucky is far from any traditional horse racing track in the state. The closest spot is Turfway Park, at 136 miles away, and it’s currently closed for renovation. Churchill Downs is 183 miles away in Louisville.

Belterra Park in Cincinnati, Ohio, is 135 miles away from Ashland.