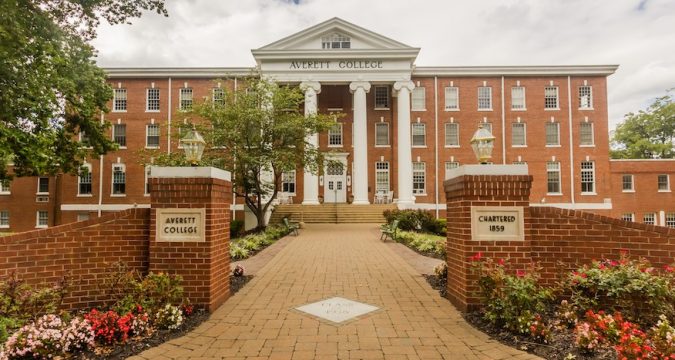 The Eastern Band of Cherokee Indians has decided that if it isn’t broke, don’t fix it. On Wednesday, the Band announced an expansion of its partnership with Caesars into a new realm, that of Virginia casinos.

The Band will brand its future casino in Danville, Virginia, as Caesars Virginia. That will mean plenty of redemption opportunities for Virginians who have been accumulating rewards credits in the state at the Caesars casino.

Caesars and the Eastern Band of Cherokee Indians are well-acquainted. The two collaborate to operate Harrah’s-branded tribal casinos near Cherokee and Murphy, North Carolina. Now, their partnership stretches across the border into Virginia.

A Wednesday press release says Caesars will manage the Danville, Virginia, casino on the Band’s behalf. Construction crews plan to break ground on the property this week. The Band plans to open the facility in late 2024. When complete, visitors should have access to:

The casino plans include many of the usual amenities, like convention space, a hotel, restaurants, a spa, and a theater.

Caesars is not new to Virginia, as its online sportsbook has been operating in the state since February of 2021. When Caesars Virginia opens, then, Virginians will be able to redeem their rewards credits in new ways.

Perks in the works for visitors to Caesars Virginia

Caesars’ loyalty program allows guests to turn online sports bets into perks at its brick-and-mortar casinos. For each $5 in potential profit on a wager, bettors get one rewards credit and one tier credit. There’s a limit of 10X the wager amount on that, however.

There are several ways to redeem those credits at a Caesars casino. Those include comped dining, free hotel nights, and free slot/table game play. Thus, Virginians have over two years to build those credits up before Caesars Virginia opens. For those who do so, they might be able to go all out on their first visit to the casino in Danville.