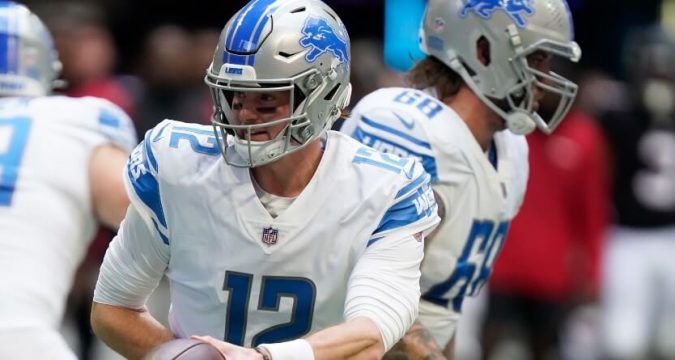 Sports betting and US casino deals in Michigan have been relatively quiet the past few weeks. However, the most recent comes by way of Soaring Eagle Casino Resort and the Detroit Lions (NFL), who inked a partnership.

This is the third gambling-related partnership the Lions have made with a Michigan casino or sportsbook. The team already has deals with BetMGM and WynnBET, complete with signage at Ford Field. But the unique thing about this new deal is it involves an upcoming television special.

Soaring Eagle Casino will be the presenting partner on “Inside the Den” on the new Lions TV Network. The show will be a three-episode behind-the-scenes look telling stories within the organization. For comparison, it’s similar to HBO’s “Hard Knocks” series.

Inside the Den will air on Lions TV Network affiliate stations starting this week. The other two episodes will air the weeks of Aug. 15 and Sept. 5.

Carl Moll, the Lions’ director of broadcasting, said, “It’s exciting to not only debut the Lions TV Network in its latest iteration but to kick it off with such an engaging and fan-focused partner as Soaring Eagle.”

“We are looking forward to continuing to evolve our television content this season and beyond.”

Additionally, the Michigan casino will sponsor the fan-friendly event Power Hour at Ford Field on game days. Power Hour features “Spin It To Win It” and “Roar-aoke” games where customers can win prizes from the casino like free hotel stays, concert tickets and resort credits.

The team also announced a Fan Cave on the 300-level concourse plus sweepstakes drawing during the preseason — which begins Friday, Aug. 12.

In 2020, the Lions announced BetMGM would be the team’s official sports betting partner. MGM Grand Detroit already had a strong presence at the stadium, so it wasn’t much of a surprise. Following the deal, BetMGM became the sponsor for Lions Bingo and Lions Perks, which are predictive games played through the Lions app.

The team’s partnership with WynnBET is a bit more valuable for fans in terms of the gameday experience. Wynn has a sports bar — WynnBET Sports Bar — near Section 222, complete with TVs and a live odds ticker.

Much like MGM, WynnBET is connected through the Lions app, where customers can win prizes to Wynn Las Vegas, Lions season tickets, single-game tickets, and Lions shop credits.