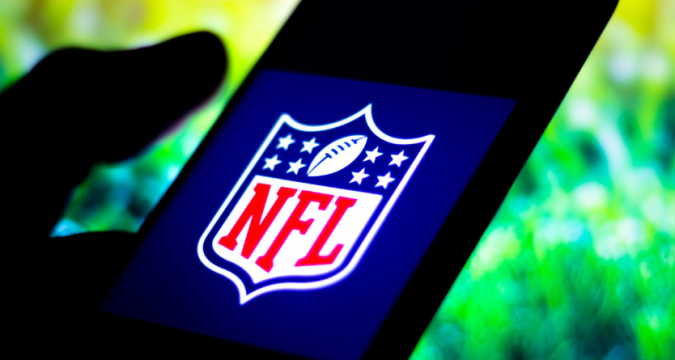 Following the lead of the other three major American professional sports leagues, the National Football League appointed its first czar of sports betting related to the league’s actions.

The NFL has named David Highhill its first Vice President, General Manager of Sports Betting with the job description of protecting the integrity of the sport from a US gambling perspective, advancing the league’s brand, and growing the value of the NFL’s data properties.

Highhill went to Lehigh and had worked for the NFL for the last 10 years in its Strategy and Analytics Department and was a Director of Corporate Development.

He joined the NFL after working with the research firm Turnkey Sports and Entertainment. He will report to Executive Vice President and Chief Revenue Officer Renie Anderson.

The NFL, sports betting, and you

Somewhere the great Jimmy The Greek is rolling over in his grave. Jimmy The Greek (Jimmy Snyder) was a fixture on the NFL Today pre-game show on CBS in the 1980s, and he would subtly hint at point spreads on television without actually giving the number.

The NFL had a don’t ask, don’t tell relationship with all forms of sports betting. Now, Caesars, DraftKings, and FanDuel are huge advertisers with the league and last year committed to a $1 billion deal with the NFL over a three-year period.

Last season was the first time ads for sportsbooks aired during NFL games, and the league began selling official data to bookmakers in the U.S.

Highhill told ESPN.com that the league is going to concentrate on serving fans rather than becoming its own separate sportsbook.

“So serving fans where they are is very important and that goes right alongside with supporting our relationship with the National Council on Problem Gambling and insuring that we take a leadership position on problem gaming.”

The integrity of the NFL

The buzzword the NFL and all other major professional sports leagues maintain when it comes to gambling is ‘integrity.’

This is code for saying that the results of any contest aren’t influenced by a player deliberately impacting the outcome because of a bet placed personally or through an intermediary.

Atlanta Falcons wide receiver Calvin Ridley was the player most recently suspended by the NFL for placing bets on NFL games. Ridley was found to have bet on games over a five-day span from Nov. 23-28. Ridley was not on the Falcons’ active roster at the time, but the NFL said he bet on games involving his former team.

Ridley was handed an indefinite suspension by the league for his actions.

What have other sports leagues done with sports betting?

The NFL is late to the party in creating a leadership position with a sports betting tilt.

Scott Kaufman-Ross was appointed as Senior Vice President, Head of Gaming and New Ventures for the National Basketball Association in June of 2021. Scott helped craft the league’s sports betting policy and has appeared at state legislative hearings around the country.

Casey Brett is the Vice President of Gaming and New Business Ventures with Major League Baseball. Brett, the nephew of Hall of Famer George Brett, took on the role in 2018.

The National Hockey League was the first of the Big Four professional leagues to put a team in Las Vegas with the Golden Knights in 2017 (we’re still waiting on you, Oakland A’s). The league made headlines enlisting the services of former American Gaming Association official Sara Slane as a consultant on gaming matters.

Even the United States Football League had a leadership spot earmarked for sports betting issues. The league, which had affiliations with Fox Bet and PointsBet, signed Sportsradar as its official ‘integrity’ partner in February.