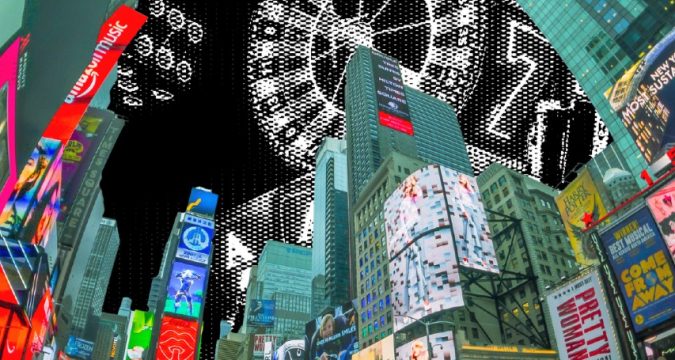 Shoe companies and credit card brokers are in the metaverse. So are major pro sports leagues and teams. Serie A, the top Italian soccer league, became the first to broadcast a live game there in May.

A study by blockchain analytics company Chainalysis claimed earlier this year that more than 70 casinos utilizing cryptocurrency operated there, taking in $2.8 billion. By contrast, the state of New Jersey’s regulated online casino market has reported $4.1 billion in revenue since 2013.

“There is that risk that this could be yet another bubble that may burst, but I personally don’t think that it will happen,” Martin Lycka, SVP for American Regulatory Affairs and Responsible Gambling told PlayUSA.

“Because a lot of money has already been invested in the space and it’s backed up by some of the biggest companies in the world.”

So when will the likes of Wynn, or Bally’s jump in?

In Part 3 of PlayUSA‘s series on the gamblification of the metaverse, we explore what will make those companies’ decisions.

As recently as the Global Gaming Expo in October, MGM chief executive officer Bill Hornbuckle doubted the adoption of cryptocurrency as casino tender. Money laundering worries and the government oversight it generates are major concerns. And then there’s China, which banned all cryptocurrency transactions in 2021.

“We have a Macau license and, and we know how China feels about crypto. So, off-limits full-stop,” he said.

Then-Wynn CEO Matt Maddox said at G2E that the company didn’t have a crypto or NFT plan necessarily, “because of our regulatory environment, but we’re paying very close attention to it.”

“It’s clearly not going away,” he added.

“It’s going to be bigger. A gentleman named Ben Horowitz is one of the top venture capitalists in the world, and really one of the first people behind crypto very early, just moved to Las Vegas, left Silicon Valley. And having been with him and hearing about how it’s transforming the world in ways you don’t understand, not just what’s going on in the United States, is fascinating.

Apparently, even after the crypto market lost an estimated $400 billion in a recent crash that left some dip-riders scrambling to pay taxes.

Hornbuckle said MGM is interested in NFTs, however, as a means of controlling entertainment tickets on the secondary market.

“I wouldn’t think that they would make the crypto leap any anytime soon, but it may – emphasis on the word may – become inevitable,” Lycka said.

“They still have enough customers that are more than happy and keen to use traditional currencies. But I do believe that as time progresses, there will be more and more of the customer segment that will be intent on using nothing but cryptocurrencies or whatever else might come next.

“I suppose, largely, the hesitancy has sprung from the fact that the regulatory, if not the legal status of some of these payment methods remains quite a bit iffy. And then it’s a toss-up between trying to cater to your customer’s needs and your reputation that needs to rest heavily on being fully compliant with all applicable rules.”

“They need more ways to present more products to consumers from a single wallet. Crypto makes sense there coming from the outside, facing the same challenges,” Grove said at iGaming NEXT.

“I feel the same way about collectibles, fractionalized collectibles, NFT-mediated games. To me, it all just comes down to that fundamental drive of if I’m DraftKings, if I’m Caesars, if I’m betMGM, if I’m anyone, I have to be thinking aggressively about how I can get more products in that lobby so that I can expand the wallet that I’m able to access from my customers.”

Grove said he’d been surprised at the pace with which state regulators have warmed to incorporating crypto.

“If you had asked me a couple of years ago, I would’ve told you that for most regulators, crypto was a four-letter word. But I think we are definitely starting to see that abate and it’s abating faster than I would’ve thought,” Grove said.

“So, even in states like Nevada, there’s a push to not overhaul, but accommodate regulations in order to allow for flow of non-fiat stores of value into the regular gaming system.

“Colorado, I think is also making significant progress. The [New Jersey Department of Gaming Enforcement has] worked to find ways to modernize the industry and to encourage and facilitate that. And then you’ve got states like Wyoming who are cutting edge on that already. So it doesn’t happen in every gaming jurisdiction, but I think you are definitely starting to see green shoots there.”

The connection between the metaverse and the real world, as Lycka calls it, is founded in commerce.

“Ultimately it is connected with the real world,” Lycka said.

“Because if somebody were to go and place a bet, either by metaverse or using the 3D goggles in other forms and formats of virtual, augmented reality, all the businesses are trying to achieve is to find a seamless link between the digital world and the real world. And put it bluntly, make money out of it.”

During a two-hour public hearing on cryptocurrency in May, Nevada Gaming Control Board chairman Brin Gibson told the Legislature’s Joint Interim Standing Committee on Revenue that it was open to proposals that looked “viable.” So far, he said, most crypto advocacy had come not from those wanting to use it as gambling currency, but from equipment manufacturers and payment services.

Kids these days: Tech-savvy youth the focus of retail and metaverse casino operators

Understanding the consumption habits and preferences of the coveted next generation of gamblers is crucial. Industry analysts credit a younger influx for bolstering retail casinos after the COVID-19 shutdowns ended. Still, the Gen Y and Z players are expected to demand the same sort of digital marketplace they use to buy rideshares, coffee, and food.

“I reckon for now [metaverse casinos] will be largely a domain of the startups. And then this, I suppose, gives those startups an opportunity to convince the more traditional segments of the industry that this is the future,” Lycka said.

“And perhaps they could do it in a more subtle way. In-game items, they’re becoming more and more prominent. The younger folks who are gamers, they consider it an inherent part of the game, and effectively, that is a form of currency because at some point, it is tradeable against real money.”

“Plus those gamers, they don’t necessarily go to land-based casinos or don’t go there that often.”

Creating a social atmosphere for players
Enhancing the experience beyond the type of legal online casino offerings available now
Figuring out payments.

The fledgling industry seems to be fluctuating between cryptocurrency and NFTs as legal tender, which has already had legal ramifications in Alabama and Texas.

“Then the last piece, which I haven’t really seen quite play out, is this idea of interoperability with regards to an NFT,” Gittleson said.

“If you have this kind of representation in this 3D virtual world of NFTs, that you possess the portability of those into kind of other environments, maybe you walk out of a casino into a store and you’re wearing some cool shoes or something like that. That’s kind of where these kinds of different pieces can coalesce into the unique experience, so you can hit it on payments, experience, socialization.”

Experts: ultimately there must be a metaverse winner or the whole exercise is wasted

eSports remains, undoubtedly, a massive spectator and participation spectacle, but the industry has been hashing out how it would become a major betting market for years. It hasn’t happened.

And while metaverse casinos are in infancy stages and still a curiosity, they’re going to have to get better. Other games are just too good.

“On the existing metaverse today – Decentraland being the top pick – is very rudimentary. I mean, you step into Decentraland, it’s like playing a game from 1999.” There must be a winner. And that’s for the best, Gittleson said.

“A criticism that I have is you can’t create an infinite number of metaverses because that defeats the purpose,” he said at iGaming NEXT in New York in May.

“It’s kind of counterintuitive to the idea of the metaverse. If you create an experience in Sandbox and then there’s some experience in Decentraland and then experience and MetaverseX, now you lose that interoperability unless these metaverses find a way to connect. And then it’s going to be a question of which one wins out.”

That was always going to be the case, said Steve Becerra, co-founder, and CEO of Decentral Games. The company reported more than $10.6 million in profit so far this year, driven by $21.7 million in NFT sales.

“We’re going to have full decentralization, I think is something that’s kind of the ideal, but I think it’s going to take a while to get to,” he via video conference at iGaming NEXT.

“I think the model will follow what we’ve seen with social networks, where you have a few players at the beginning, and then one of them wins out or maybe two or three of them wins out and becomes the top ones.

“I think we’re going to see in the coming years one or two metaverses kind of become the de facto standard that everyone goes to. I don’t know if that metaverse has even been created yet. I think with Decentraland, we might be seeing kind of the beginning kind of like the MySpace and we have yet to see the Twitter or the Facebook come along.”