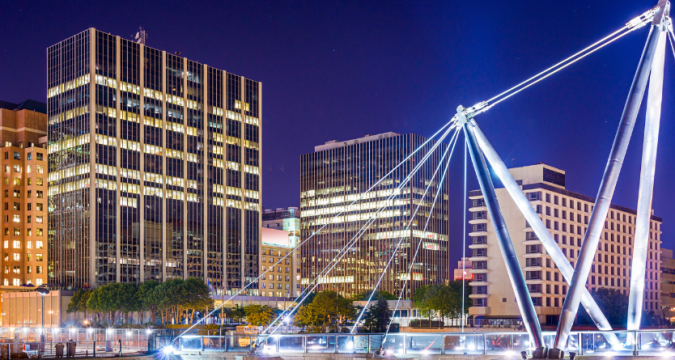 The casino industry in one of the wealthiest parts of the US will feel the sting of inflation. Won’t it?

According to the U.S. News and World Report, Connecticut ranks No. 6 among the states in median income.

It boasts a strong casino industry anchored by Mohegan Sun and super-sized Foxwoods. However, the rising prices of everything have caught the leadership’s attention.

“We are still gathering insights on the impact that higher inflation may have on visitation to Mohegan Sun,” said Mohegan Sun President and General Manager Jeff Hamilton in a statement to PlayUSA.

“As for online casino games through MoheganSunCasino.com, Mohegan Digital is focused on building the new CT market and they are encouraged with the performance so far.”

When people think of Connecticut, they think of Wall Street traders getting back home from the day on the floor, maybe Mystic Seaport and big mansions.

Make no mistake, Connecticut has institutional wealth and isn’t saturated with multiple casinos at every corner, but it’s not immune to inflation.

David Sacco worked on Wall Street as a bond trader for almost 30 years before retiring from that scene and becoming a teacher of Economics at New Haven University.

He jokes that in years past, when he taught students about inflation, they didn’t know what it looked like.

Now they know just by looking at the gas pump.

Sacco believes that Connecticut is well placed to handle inflation, but everyone will feel the pain if rising costs spark a recession.

“The reason we care about inflation is because inflation can trigger a recession because of what it does to people’s income,” Sacco said in an interview with PlayUSA.

“Then the Federal Reserve has to put the economy in a recession to slow down demand.”

The pain may be mitigated by the higher socio-economic class stopping in at Mohegan Sun or Foxwoods, but not completely removed.

“People in the highest income levels, recessions and inflation doesn’t impact them, they still have discretionary income,” Sacco said.

“Not that there aren’t high rollers and people with high incomes at casinos, but I would suspect that the bulk of the casino clientele is more in that lower-to-middle income strata. I think the casino’s bread-and-butter interest are those smaller gamblers from a lower socio-economic level.”

But Connecticut sports betting and lotteries are resilient, maybe?

Sacco is a sports fan who said he doesn’t mind betting against his team (the Jets) with the hope that he gets something either way: either he’s happy his team won or happy that his bet came through.

With regard to the current inflation crisis, Sacco said there is research showing that Connecticut state lottery sales are still strong during inflation.

“It makes sense intuitively in the sense that you have to travel to go to a casino and it’s expensive, but lottery tickets are something people just buy in the course of the day,” he said. “At some level, when times get more desperate people may be more likely to buy a lottery ticket because it’s only a buck or so and the payoff is potentially so huge.”

Connecticut casinos are a thriving industry that has brought in over $15 million to the state so far in 2022, but Connecticut sports betting just started in September of 2021.

No one is certain how sports betting will fare during an inflation period, but Sacco believes it may act just like lotteries, the access is so easy (on your phone or computer), and the bet can be small. Maybe instead of betting $50 on the Patriots to win, Connecticut fans bet $25. To the bettor, it’s just entertainment, and they get to set their own price.

“That might help diversify their way through this recession and help them with the lower numbers from on-premises casino gambling,” said Sacco.

Are hard times coming for Connecticut gambling, and for how long?

The diversification of the casino industry with iGaming and sports betting came at a wild time in our nation’s history.

States continue to churn out huge casino revenue reports, even in the face of inflation.

“I always crack up when it comes to casino gambling, because if you know how to count cards in blackjack, the casino gets to ban you,” Sacco said laughing.

“In the meantime, at every game in the casino, all the odds are stacked against the gambler and that’s legal. If you come up with an advantage, they don’t let you use it.”

Sacco believes the pandemic has irrevocably altered our economy, with so much of the workforce doing their jobs from home.

He can’t predict what will happen next.

“There really isn’t a playbook for this,” Sacco said.

“We threw a trillion dollars at the problem back in 2008, 2009, this time, we threw six trillion. We don’t know how the economy is going to respond.”

Sacco expects the Federal Reserve to continue to boost interest rates in an attempt to cause a “shallow recession” to slow demand and bring prices back down. That’s a big bet, but one that may be necessary.

“If the Fed is lucky, they can cause a shallow recession, but it will still be a recession,” Sacco said. “I suspect it will last at least into a good part of next year if not for the next two years.”