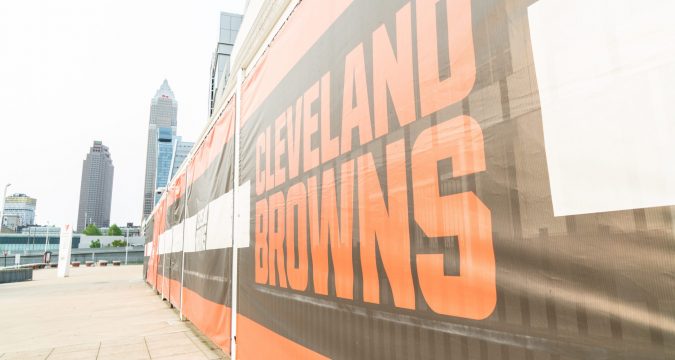 The Cleveland Browns have made their pick.

Days before the 2022 NFL Draft in Las Vegas, the Browns announced a new partnership with Bally’s Interactive to become the team’s official sports betting operator.

Sports betting in Ohio will be legal no later than Jan. 1, 2023. The Ohio Casino Control Commission (OCCC) is finalizing the exact rules and could set an earlier start date.

Coming off a disappointing 8-9 season, the Browns may need a new starting quarterback to take over for Baker Mayfield, but they have found a willing partner in Bally’s.

“We are excited to partner with such a historic pro football franchise to secure sports betting market access in Ohio, and bring to its fan base more ways to engage through our online gaming platforms,” said Bally’s Interactive Chief Operating Officer for North America Adi Dhandhania in a release trumpeting the news.

“The Browns’ stadium and gameday atmosphere provide a great opportunity for us to showcase our Bally Bet Sportsbook app and Bally Play products in Ohio.”

The partnership marks the 18th state where Bally’s will have market access for online sports betting.

When sports betting becomes official in Ohio, Bally’s will launch the Bally Bet Sportsbook app in the state. This will allow players to make wagers anywhere throughout Ohio.

The collaboration between the two institutions will also include a branded lounge at FirstEnergy Stadium. It will be open for fans ages 21 and up. The exact location is being decided, perhaps adjacent to the stadium’s revered Dawg Pound in the east end zone.

“In addition to their incredible resources and expertise, Bally’s Interactive has the fan-first mindset that is consistent with our focus and pivotal to creating successful, fully-integrated sports betting experiences, and we look forward to supporting Bally’s efforts to provide these innovative opportunities to Browns fans and all sports fans in Ohio in the near future,” said Haslam Sports Group Executive Vice President and Chief Operating Officer Dave Jenkins.

“As we continue to work closely with sports betting regulators in our state to ensure a responsible and timely launch, we are excited and confident that our partnership with Bally’s will ultimately offer industry-leading benefits to fans throughout Cleveland and Ohio.”

Bally’s also promises to provide free-to-play games which can give registered users the opportunity to earn Browns-themed prizes (think merch).

When does the season start for the Browns?

The NFL will announce the full regular-season schedule on May 12 at 8 p.m. with a handful of games, including the season opener and a handful of international games, being revealed beforehand.

The Browns made the playoffs in 2020 for the first time in 18 years. The original franchise shifted to Baltimore, but the NFL granted a new franchise to the city that was able to maintain the Browns’ records and history starting with the 1999 season. Dee and Jimmy Haslam have owned the team since 2012.