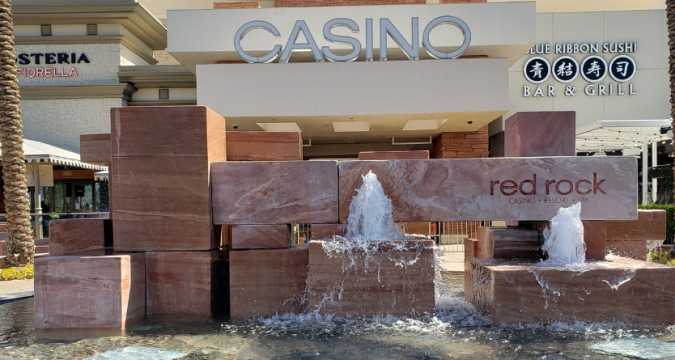 Nevada’s largest casino workers union might be starting to see the tide turn in its favor in its long struggle against one of the state’s largest employers, Station Casinos. However, a recent ruling in the union’s favor by no means represents a resolution to the group’s concerns.

Culinary Workers Union 226 still has an outstanding complaint against Station. Additionally, there’s the matter of whether Station will actually comply with the recent court order and, if so, in what ways.

In the order, Wedekind said that Red Rock must “remedy its unlawful conduct” against workers. That included 50 distinct violations of the National Labor Relations Act. Examples of the classic union-busting techniques included promising workers pay raises and new benefits if they voted down union representation.

The original complaint from the unions cited such tactics and argued to the National Labor Relations Board that those actions tainted a failed union certification vote late in 2019 irreparably. Wedekind agreed and thus ordered Red Rock to recognize the unions based on their signature authorization cards that comprised over 60% of the casino’s workforce.

It’s unclear when labor contract negotiations will begin between the unions and Red Rock management. Further resistance to doing so could result in sanctions against the casino, though.

The reason for how fully and quickly the Nevada casino might comply with the order is due to Station Casinos’ reputation in labor relations. That story goes back far beyond 2019.

This isn’t the first time that the federal government has intervened and forced a Station Casinos’ property in Nevada to recognize a union after illegally tampering with a union election. In fact, this is pretty much déjà vu.

In 2017, the NLRB accused management at Palace Station Casino of doing essentially the same thing. The Board said that as the union election was ongoing at the casino, Station lowered employee healthcare premium costs for employees at all of its properties but Boulder Station. At the time, Boulder Station had just opted for union representation.

The Board called it a clear message to other employees that making the same decision would result in negative consequences. While Station relented in recognizing the union at Palace before a federal court had to act, this case was far from isolated.

About a year ago, the NLRB accused Station of unlawfully using the pandemic to push employees to decertify their unions.  Over the years, Station filed challenges of its own to successful union elections at multiple locations to delay negotiations.

Currently, there are 42 outstanding unfair labor practice filings against Station. Closed cases involving unfair practice allegations stretch back to February of 2010. Many of the open cases involve Red Rock. It’s unclear if any forthcoming negotiations could resolve those complaints.

What is clear, though, is that even if that does happen, that won’t be the end of contentions between labor unions and Station. Another recent matter remains outstanding.

Late last month, 226 filed a mass action lawsuit on behalf of 76 of its members against Station. The union alleges that Station has acted in violation of a 2021 Nevada law aimed to protect workers who were laid off during the COVID-19 pandemic.

In June of 2021, Nevada Gov. Steve Sisolak signed the Nevada Hospitality and Travel Workers Right to Return Act into law. That law effectively required such employers to offer former employees the same or an equivalent job when conditions allowed.

According to 226 spokesperson Bethany Khan, most of Station’s unionized employees are back to work. However, many former employees at non-unionized locations like Red Rock remain unemployed. Khan says that Station’s actions during the pandemic “were egregious.”

For example, Khan says that right after Sisolak signed the bill into law and before it took effect, Station held job fairs to fill open positions with new workers instead of bringing back former employees. That allowed Station to argue it had no jobs to offer its former employees.

The majority of the plaintiff class in this lawsuit is comprised of people of color and women. It’s also spread far beyond Red Rock. The class also involves former employees of Boulder Station, Green Valley Ranch, Palace Station, and Sunset Station.

How soon this new lawsuit could be resolved is anyone’s guess. If past events are any indication of the future, though, Station will use all of its available resources to fight the litigation. It has established its anti-union reputation.