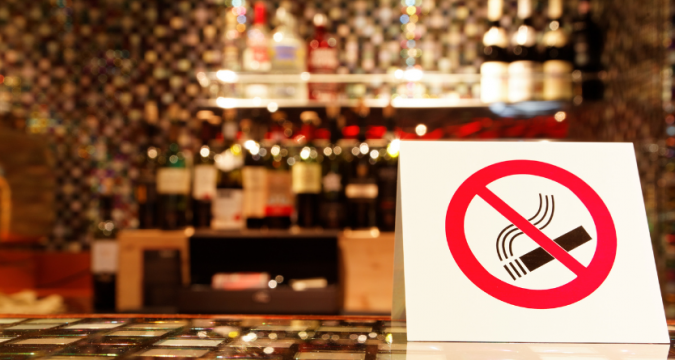 Casino executives at properties where patrons can still smoke indoors might prefer people ignore the results of a new casino smoking study. While the study acknowledges their complaints that a cessation of that privilege could affect the bottom line, it dismisses those losses as negligible over time.

In fact, the new study puts forth data suggesting casinos could be just fine even in the short term after policy changes. Some of the study’s subjects actually experienced a bump in their businesses.

People who smoke while gambling do play for more extended periods of time, but that isn’t conducive to responsible gambling
According to their data, regulars at casinos who smoke did not abandon those casinos when smoking rules changed
There was little difference in revenue in comparable casinos that differed in smoking policies overall
Some non-smoking properties are outperforming their counterparts that allow smoking
Proximity to their homes, not smoking options, was the most crucial factor in survey respondents’ choices of casinos

These findings run somewhat contrary to an earlier study. In March, Spectrum Gaming Group‘s research concluded that Atlantic City casinos could lose up to 11% of their annual revenue if the state repealed its current exemption for casinos to its indoor smoking ban.

However, the Casino Association of New Jersey commissioned that study. The Associated Press reports that C3 Gaming insists that its study is independent and self-funded. AP interviewees expressed a preference for smoke-free casinos, even some who were former smokers.

Multiple states that currently have exemptions from smoking bans on the books either are or have recently considered repealing those exclusions. It’s unclear if C3’s study will sway those issues right now.

Three eastern states with horses in this race

To various extents, New Jersey, Pennsylvania, and Rhode Island all afford casinos within their borders to designate smoking areas inside. The times, they could be a-changin’, though.

Some of that momentum is already visible through voluntary action. Five casinos or mini-casinos in Pennsylvania have already imposed their own indoor smoking bans. That includes two of the state’s full-size casinos.

While there is a bill in the Pennsylvania legislature to end the exemption, it might prove unnecessary if this trend continues. The same goes for casinos in Rhode Island. Bally’s operates both casinos in the state and recently changed its policy on indoor smoking.

As Rhode Island legislators seek a total repeal of the exemption in Rhode Island, their counterparts in New Jersey are doing the same thing. In both states, workers are behind the push as well.

In New Jersey, multiple state legislators and casino workers union are behind a repeal measure. They argue that they should not be subject to the added health risk of inhaling tobacco smoke on the job.

The counterargument has been that repealing the exemptions would lead to a loss of revenue and a further loss of jobs. According to C3’s study, though, that statement is all smoke and mirrors.