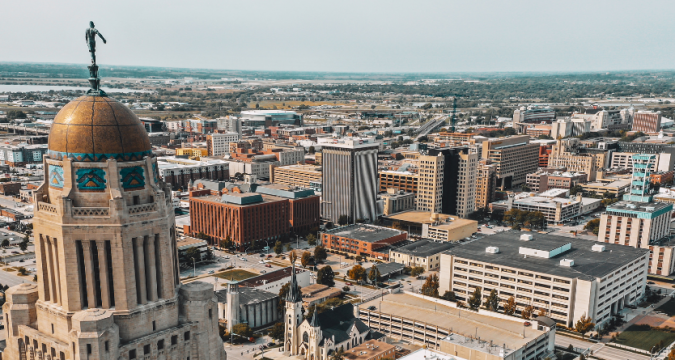 The expansion of casino gambling is underway in Nebraska. However, proponents in the western part of the state are still wondering when they, too, will get a new casino.

A bill signed into law by Gov. Pete Ricketts allows for casinos in North Platte, Ogallala, Gering, and Kimball.

But first, market and socio-economic studies must be conducted by the Nebraska Racing and Gaming Commission no later than Jan. 1, 2025.

Slow-moving process for casinos in Nebraska

In 2020, LB 876 won legislative approval by a vote of 38-3 and was then signed by Ricketts. The bill allows the state’s six existing horse tracks to partner with casino operators to offer table games like blackjack, poker, and roulette.

The bill even grants racetracks a one-time option to transfer their licenses to another location after the initial market studies are completed.

The six racetracks are located in:

The racetracks mentioned above are concentrated in the state’s southeastern part near the Iowa, Kansas, and Missouri borders.

Gambling enthusiasts in the state may recall that a casino in eastern Nebraska was recently announced: Caesars Entertainment partnered with Columbus Exposition and Racing to build a Harrah’s in Columbus, Nebraska.

In short, casino expansion is at the mercy of regulators. But lawmakers like Sen. Mike Jacobson of North Platte have been working to fast-track the process.

“I think there is a way to grow the racing industry responsibly while shortening the timeline for western Nebraska applications.”

Currently, Prospect Enterprises LLC holds the title to an 88-acre site in North Platte, where a future casino is expected to be built. Brian Becker, the owner of the Hastings Racetrack, is expected to purchase the site and build a 32,000 square-foot casino.

Unfortunately, everything is still up in the air until the gaming commission establishes regulations.

What about Nebraska online gambling?

For now, the prospect of online gambling has taken a backseat. Lawmakers passed a second bill, LB 561, which allows casinos and racetracks to offer retail sports betting. But amenities like online poker and online casinos remain off the table.

But the expansion of Nebraska gambling is not limited to just this state. Since 2021, Governors across the US have signed bills to expand gambling.