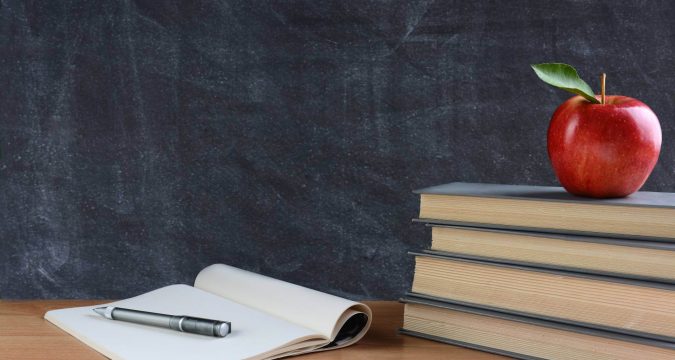 If you’re a registered voter in California, the California Teachers Association would like you to vote “no” on the California Solutions to Homelessness & Mental Health Support Act in November. While the act’s name doesn’t just suggest it, that has everything to do with gambling in California.

That act would legalize online sports betting in California. While the CTA isn’t opposed to that as a premise, the Association is concerned with state funding for education. Most importantly, their power to sway voters has already aced several tests.

Why does the California Teachers Association oppose the Homelessness Act?

It really has nothing to do with California sports betting. As proof of that, the CTA took no stance on the Tribal Sports Betting Act that will appear on the ballot this fall. It’s all about how the state’s revenue from that activity would be spent. A release from the CTA stated their position.

“Providing students with access to well-resourced public schools requires stable funding. For that reason, we are committed to protecting the integrity of Prop. 98 which provides a minimum guarantee funding level. Educators took positions on ballot measures that reflect our values. We urge Californians to join us in supporting these candidates and educators’ positions this upcoming election.”

As a rule, the CTA opposes any measure that redirects money from the general fund to anything but education. Thus, the decision was simple for the CTA. While the Homelessness Act has not yet officially qualified for November’s ballot, that seems a mere formality at this point.

In essence, the CTA doesn’t oppose online sports betting. It just opposes how the state would use that money under the language of this measure. For the Act’s chances of getting enough voter support, that’s a potential failing grade.

Although the CTA has spoken softly on this measure so far, there’s no denying the Association’s power. Its history, especially recently, of effectively persuading voters is strong.

Since 2000, the CTA has taken official positions on 64 disparate ballot measures. This is how the votes have gone according to those positions. 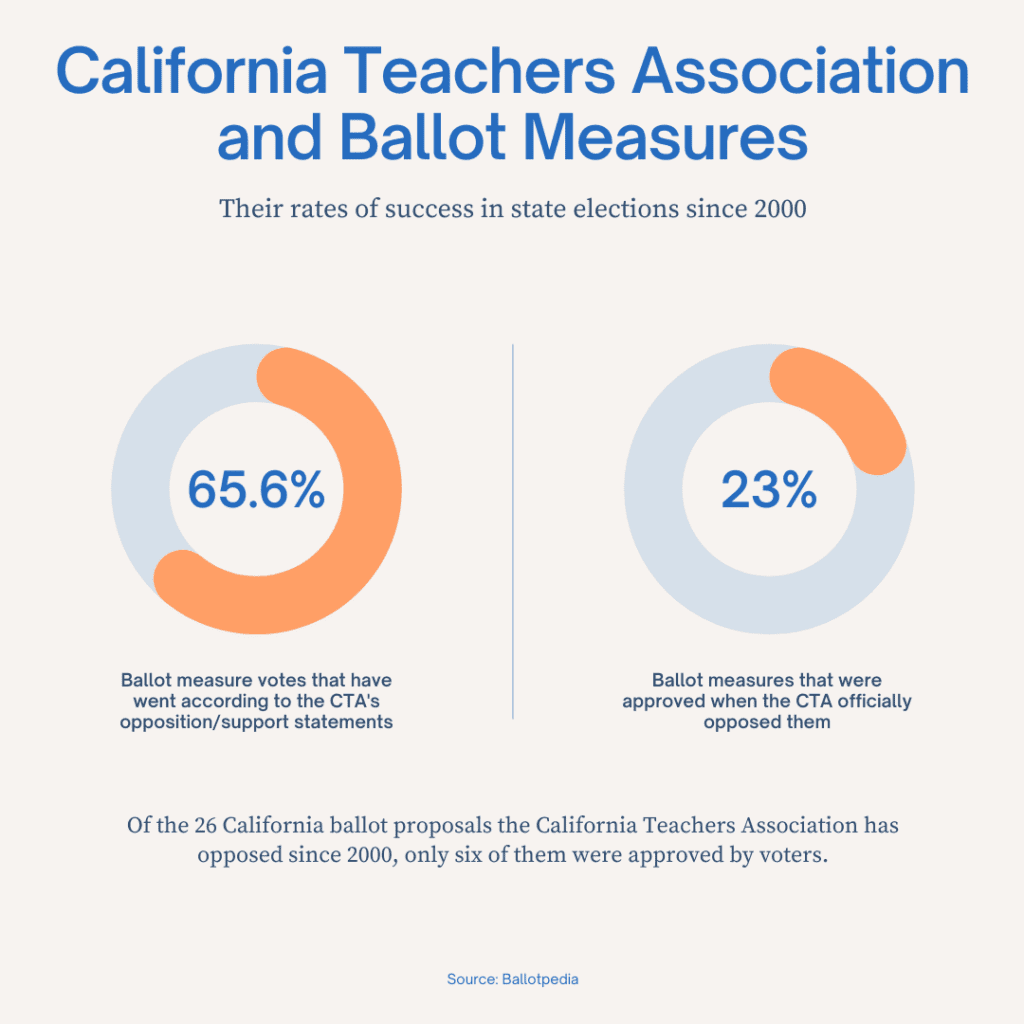 That alone isn’t proof of causation. There were many other factors in each of these votes that led to the results. However, these are significant correlations. It also suggests the CTA’s position on the matter is nothing for proponents to dismiss.

Those proponents aren’t treating the CTA’s opposition as a trivial matter. They’ve actually been preparing for it. Nathan Click, a spokesperson for the coalition behind the Homelessness Act, told Matt Kredell of sister site PlayCA that the CTA’s announcement was no surprise.

The coalition supporting the Homelessness Act already expected strong opposition from tribal casino operators as well. The tribal casinos would prefer to enact a version of online sports betting that they control. They are working on a ballot measure toward that end for 2024.

Thus, this announcement probably didn’t result in a panic in the Homelessness Act coalition. They will run their ads and put out their messaging to try to sway voters their way regardless. In November, they’ll find out if their attempts to oppose the CTA proved futile.