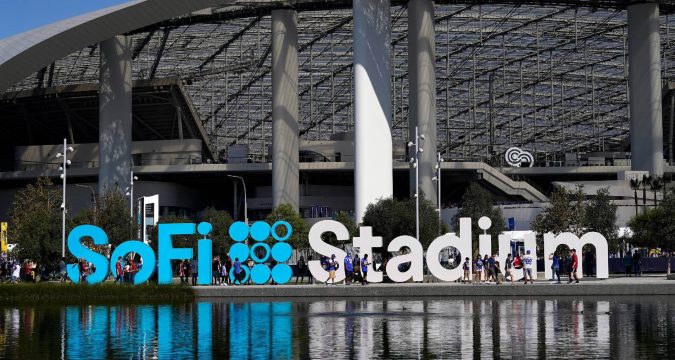 The legalization of California sports betting might be more about how and when rather than whether it will happen and the answer to those questions are the subjects of fierce debate. Now and through November, that debate will spill over into the realm of mass media.

Dueling political advertisements have begun to appear in the state. The state could also see dueling ballot measures on the issue, which, if any prevail, might come down to being able to enlist the state’s power brokers.

Californians are starting to see the first fruits of a $100 million commitment from tribal casinos. That takes the form of a 30-second television commercial. The ad takes aim at a potential ballot measure that could compete with theirs this fall.

At the center of the commercial is an attempt to cast the backers of the petition drive, namely DraftKings and FanDuel, as out-of-state corporations trying to usurp tribal gaming exclusivity in California. Currently, the petition has not gathered enough signatures to qualify for November’s ballot.

However, DraftKings CEO Jason Robbins said the drive is “doing great against its target.” The campaign has until June 30 to collect the near-million signatures from California voters. If Robbins’ words ring true, then voters in California will have competing ballot measures to consider.

This advertising campaign represents a hope by the tribal casinos to avoid that competition altogether by discouraging Californians from supporting the petition. Their task might get a lot taller if that effort fails.

What’s at stake in the competing measures scenario?

To be clear, it’s possible that both ballot measures could fail. It’s also conceivable that both could succeed. If that happens, California law says the amendment that received a higher percentage of the vote prevails.

There could be plenty of conflicts. For one thing, the tribal casino proposal that will appear on the ballot this November does not allow for online sports betting. Rather, it limits the activity to retail sportsbooks at tribal casinos.

Additionally, the proposal that DraftKings and FanDuel are backing would not address the matter of player-banked card games that tribal casinos are trying to address in this proposal. California card room operators claim the provision of the qualified proposal would crush their businesses.

The cities that card rooms inhabit have voiced a stake in this drama as well. Local taxes from card rooms provide funding for their municipal operations.

“Cities across California oppose the qualified tribal gaming initiative because it is the only sports wagering measure that will cause direct harm to our ability to fund the services and opportunities our residents rely on; from parks and recreation to police and fire,” said City of Commerce Mayor Leonard Mendoza.

For the tribes, at stake is the exclusivity they believe they have in California over gambling. The online operator proposal would allow them to offer sports wagering but not give them control of it.

As Jesus Tarango, Chair of the Wilton Rancheria Tribe, said, “[we] may get a piece of it [the sports betting industry in California], but it would not be the same piece as if it was controlled by us and ran by us.”

All these stakeholders have clearly identified their positions. The parties that have avoided this debate so far might prove the pivotal linchpins, though.

So far, professional sports franchises in California have been silent on this matter. That is somewhat notable, as the tribal proposal would limit their ability to make revenue off sportsbook partnerships.

However, the teams simply might not want to choose sides until the situation becomes clearer. In addition, they likely don’t want to alienate potential sponsors. The San Francisco Giants recently added Cache Creek Casino near Brooks as a partner, for example.

If either side of this debate can convince sports teams like the Giants to join their cause, that could act as a huge acquisition at a trade deadline. That would add the ability to get a message out to millions of potential voters on the issue. Polling in the state suggests that many voters are still undecided.

Political leaders on the state level have mostly kept out of the debate as well. Sacramento hasn’t taken any action on this issue since 2020 when tribal casino operators were successful in killing off a bill to legalize sports betting.

Getting the support of the Los Angeles Lakers and Gov. Gavin Newsom might tip the scales one way or the other. Short of that though, it looks like the barrage of advertisements has begun.