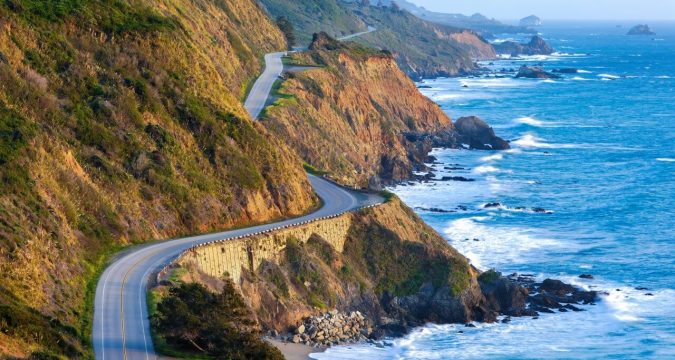 In November, California could go from having zero to two separate systems for regulated sports betting within its borders. That seems a little more possible now that a California sports betting petition has hit a crucial benchmark.

The petition seems to have enough signatures to qualify for placement on the ballot this fall. To make that official, the California Secretary of State will review the collection. That won’t be the final word on the matter, however.

Outside of the obvious actual vote by the state’s populace, the placement of the measure on this fall’s ballot could meet legal challenges. The questions are more about how and when than if.

This is the move that could bring legal online sports betting to California. Currently, there is no option for legal wagering on sports in the state. Should this become law, Californians could have access to a large volume of regulated options.

Those might include well-known operators in other states like BetMGM, DraftKings, and FanDuel. The framework the petition suggests would allow for perhaps dozens of brands.

At this point, though, whether that’s going to actually happen or not is still a moderately big “if.” Tuesday’s action did bring it closer to reality. To understand what will need to happen now, it’s important to understand this legal process in the state.

What happened with California sports betting on Tuesday?

The process is labor-intensive but not complicated.

In California, the state’s voters can amend its constitution directly via a voter referendum. Part of that process is gaining enough signatures from registered voters in the state. The threshold for that sits just under 1 million signatures.

On Tuesday, a coalition funded by seven gambling companies turned in a petition with over 1.6 million signatures. Its name is the California Solutions to Homelessness & Mental Health Support Act.

Among those companies who funded the petition drive are seven gambling companies. Those include BetMGM, DraftKings, and FanDuel.

The task is now before California Sec. of State Shirley Weber to verify the petition. As Matt Kredell of sister site PlayCA reports, that will immediately involve her staff conducting a survey of the submissions.

If the petition passes muster, Weber will place it on the statewide ballot for this November. From there, it would need a simple 50%+1 majority approval to become the latest amendment to the state’s constitution.

While Californians wait to see whether the measure will actually appear on the ballot, they have time to consider the issue. As the name suggests, it earmarks sports betting revenue for human services.

What would the Act do?

Essentially, the Act would create a system for regulated online sports betting in California. It’s important to note that this framework would be for online wagering only. It does not address brick-and-mortar sportsbooks in the state in any way.

Each presumptive online sportsbook could only operate in California through a contract with a federally recognized Indian tribe. Those same tribes could opt to go it alone, however, and offer their own online sports betting platforms.

Most of the revenue from taxes on online betting would go to fund city, county, and state programs for mental health care and unhoused people. That would include license fees and renewals, which the Act slots at $100 million upfront and then $10 million every five years thereon.

A full 85% of the tax revenue would support human services in the state. The other 15% would go toward “economic development” and assistance to indigenous peoples groups in California that do not opt to take part in the system.

While the Act aims to cut tribal casino operators in the state in, they are not as keen to take part. In fact, they could prove the strongest opponent to this measure’s success.

As a matter of fact, advocates for tribal gaming in the state have already been out in full throats against this petition. Earlier this week, a press release from the Coalition for Safe, Responsible Gaming presented statements from some of its members.

Sycuan Band of the Kumeyaay Nation Tribal Chairman Cody Martinez expressed his belief that the Act would increase “risks of underage and problem gambling.”

Santa Ynez Band of Chumash Indians Tribal Chairman Kenneth Kahn echoed Martinez in stating that voters will prefer a similar measure already on the ballot. The Tribal Sports Wagering Act would also legalize sports betting in California but limit it to retail sportsbooks at tribal casinos.

As their ballot measure only addresses in-person wagering and the Solutions to Homelessness Act only covers online wagering, why does the coalition that involves tribal casinos have an issue with the Act? It’s about control of sports wagering and other forms of gambling in California.

Exclusivity is the issue

For California tribal casino operators, this is just the latest stage in what’s been a decades-long fight over gambling in the state on a larger scale. That goes back to 1998 when the state enacted legislation to regulate commercial card rooms.

Since then, tribal casinos have sued the state several times in attempts to curtail gambling activity at those card rooms. They have argued that the card rooms’ operation violates the state’s constitution and their gaming charters.

In the same way, they see the Solutions to Homelessness Act as another form of gambling expansion happening beyond their control. Additionally, there’s actually more to the Tribal Sports Wagering Act than just sports betting.

That act would also tighten the language in the state constitution around what games tribal casinos in the state can offer exclusively. Tribal casino operators could file suit against card room operators for what they perceive as violations of that exclusivity.

It’s uncertain at this point whether the tribal coalition will attempt any legal action to block the placement of the Solutions to Homelessness Act on the ballot. Internal conversations could be ongoing to that very end right now.

The Solutions to Homelessness Act doesn’t address casino gaming in any way, shape, or form. Thus, it’s possible, in theory, for the two measures to co-exist on more than just November’s ballot.

Could both measures become law?

Make no mistake, California voters will have the option to vote “yes” on both measures on the ballot this fall, provided Sec. Weber verifies the Solutions to Homelessness Act. They could also vote no on both or choose to vote yes on just one of them.

On the surface, it doesn’t appear the two measures would conflict in any way as far as the state’s regulatory activity goes. The gaming tribes’ exclusivity concerns aside, they could co-exist. California would essentially have two different systems for legal sports betting, one for online and another for retail.

That also exists currently in New York. There, commercial and tribal casinos offer in-person wagering while the state contracts directly with online sportsbooks itself. Should both of these measures become law, tribal casinos would take part in both forms of wagering, albeit not on terms they presently prefer.

Right now, it’s uncertain what chances either measure has of receiving enough of the vote to become law. The Solutions to Homelessness Act could find itself with some allies soon, though.

What about California card rooms?

The Solutions to Homelessness Act would not cut cardroom operators in on mobile wagering as far as the regulatory side goes. That doesn’t mean they won’t be involved in the election, though.

Cardrooms – and the cities they inhabit – have a vested interest in seeing the Tribal Sports Wagering Act fail. Local taxes on card rooms can account for large portions of cities’ revenue each year.

Some card room operators have already taken a more active role, filing a lawsuit to try to block the Tribal Sports Wagering Act from reaching the ballot. So far, those efforts are failing.

While their interests might not directly lead them to back the Solutions for Homelessness Act, there might be an indirect path. California card rooms might be able to form affiliate deals with online sportsbooks in the state.

In those relationships, they would advertise their sports betting partners in what amounts to a referral system. That would be for regulators to decide afterward should the Solutions to Homelessness Act become law.

Another party not immediately part of this California sports betting petition might bring an even louder voice to the discussion.

Could California sports teams get involved?

California sports teams already count some gambling companies among their sponsors. For example, the Los Angeles Lakers list MGM as a sponsor. The brands could expand upon those deals, perhaps even to include themed betting lounges at arenas.

Expanded or new partnerships mean new revenue for them. The convenient logistics of online wagering could lead them to rally to the cause of the Solutions for Homelessness Act.

The messaging out of there wouldn’t necessarily be advocating for people to vote against the Tribal Sports Wagering Act, though. They could, in theory, also negotiate separate deals with tribal casinos.

The card room’s advocacy, however, will do exactly that. With powerful allies, the Tribal Sports Wagering Act might get lost in the shuffle. That could be why the California sports betting petition verification likely won’t happen without some noise.