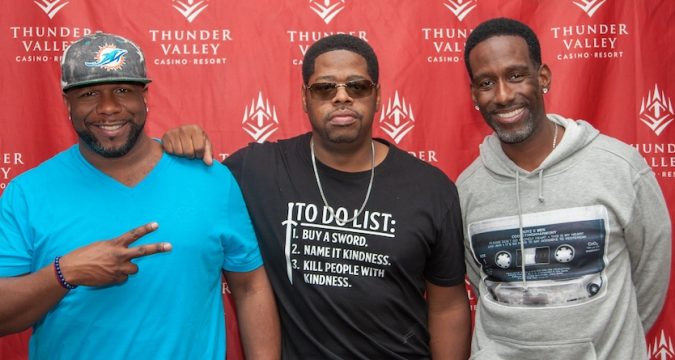 Hitting a huge progressive jackpot playing a penny slot game is the dream of every player at US casinos. For one California man, that is no longer the stuff of dreams. It recently became his reality after likely many attempts to win big.

Thunder Valley Casino Resort near Lincoln, California, confirmed a player hit its $1.5 million jackpot for slot games late last week. While it might be some time before there’s a similar winner at the casino again, that is no longer the winner’s concern.

Thunder Valley among US casinos to grant big wins in 2022

KTXL‘s Jeremiah Martinez has all the details of the massive windfall. According to Martinez, Thunder Valley Casino Resort announced the win on Friday. The player, Roberto Arcueno, was playing the casino’s Dancing Drums Explosion slot game at the time.

That game demands just a single cent for each play, meaning Arcueno turned a solitary penny into $1,538,738.97 on the lucky pull. Thunder Valley Casino Resort General Manager Dawn Clayton released a statement about the prize.

“We are thrilled that Mr. Arcueno, who is one of our Platinum guests, hit such a major jackpot,” Clayton stated. “Every slot machine in the casino is wired into our exciting Thunder Strike Jackpot, which can strike on any slot at any time. You never know when you will hit it big, and Thunder Valley is the place to test your luck.”

The United Auburn Indian Community operates Thunder Valley Casino, one of the state’s many tribal casinos, and is about 30 miles east of the state capital of Sacramento. The casino’s website says it offers over 3,500 slot machines. The backstory of this win could incorporate many of those machines.

Wins like this don’t come easy at US casinos

While Arcueno just had to risk a single penny to score this win, there’s more to this story. As Clayton mentioned, Arcueno is a platinum member of the casino’s Thunder Rewards program.

The casino’s website explains to achieve Platinum status, players have to accumulate at least 50,000 points during a qualifying period. Thus, Arcueno’s actual spend at the casino has been exponentially greater than the penny play that won him this jackpot.

It’s uncertain how many of those Platinum-status points Arcueno earned while chasing the casino’s progressive jackpot, but with this win, he’s probably still come out ahead. While the odds of hitting such prizes are slim, Arcueno proved such wins aren’t impossible.