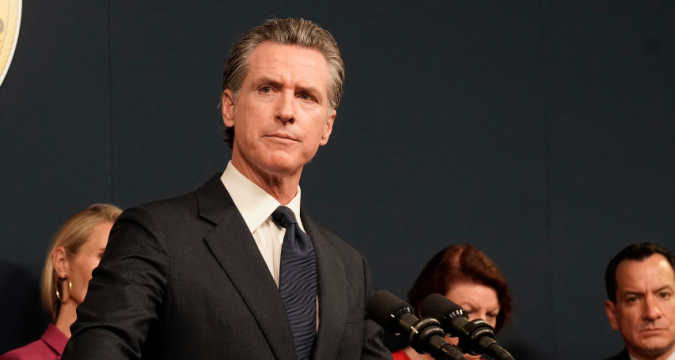 What’s best for the goose or the gander completely depends on which of those you are. The recent denial of renegotiated California gaming compact submissions to the US Dept. of Interior shows that the interests of some tribal-run US casinos can, to some extent, run contrary to the interests of the whole in a particular state.

The immediate stakeholders have criticized the DOI’s denials. Meanwhile, an organization for the greater balance of California casino operators actually praised the same moves. The difference in opinions stems from a difference in perspective.

A Monday press release from California Gov. Gavin Newsom‘s office shared the reactions of the tribal casinos along with his own.

“While California has taken great steps forward, sadly, the betrayal we feel from (Interior Secretary Deb) Haaland is something we have come to expect from the federal government,” Middletown Rancheria Chairperson Jose “Moke” Simon stated. “The path forward is now paved with stones that will make it difficult to navigate our tribe’s future.”

“Our compact, which has broad support from local and state officials, was the key to improved housing, healthcare, and economic self-sufficiency for our tribe,” Santa Rosa Rancheria Tachi Yokut Tribe Chairman Leo Sisco said. “The chilling effect this decision will have in Indian Country is immeasurable and the financial cost to our tribe will be irreparable.”

“This is the second time that the U.S. Department of the Interior has arbitrarily disapproved gaming compacts with the Santa Rosa Indian Community of the Santa Rosa Rancheria and the Middletown Rancheria of Pomo Indians,” Newsom commented. “These compacts were carefully negotiated by the state and the tribes in compliance with the Indian Gaming Regulatory Act, providing the tribes the economic benefits of gaming while mitigating impacts to local communities.”

It’s easy to read the disappointment in these statements.

A larger body of tribal gaming interests in California essentially issued a “yeah, but…” on the matter this week.

On Tuesday, a press release from the California Nations Indian Gaming Association (CNIGA) brought a different perspective to the situation. That association is like a trade group for tribal gaming authorities within the state’s borders.

CNIGA’s statement plainly issued an opinion that “Gov. Newsom simply is wrong, and the Department of the Interior is correct.”

“Simply put, the state should not put any tribe in the position of having to choose between the self-reliance offered through gaming, and surrendering its sovereignty in matters not directly related to and necessary for the regulation, licensing, and actual operation of class III gaming activities.”

The release cites the issuance of previous letters from the DOI to California expressing concern over gaming compact negotiations increasingly infringing upon tribal sovereignty. This is the second time the DOI has denied compacts between these parties, with the same decisions coming in November 2021.

According to Phil Barber of The Press Democrat, the latest disapproval letters cited concerns that California or county governments could use the compacts to assert control over other non-gaming enterprises on the tribes’ sovereign lands.

CNIGA points out that the California legislature has approved extensions to the current compacts that now run through Dec. 31, 2023. CNIGA argues that it gives the parties time for a third attempt that respects tribal sovereignty. The association’s arguments fall in line with a larger theme in the relationships between California and tribal casinos.

Contrary to CNIGA’s statement, it’s possible for both the DOI and Newsom to be right here. The potential lapse of these gaming compacts does pose an economic threat to the tribal groups involved.

At the same time, there are legitimate concerns by many tribal authorities in the state that recent compact negotiations have increasingly been lopsided in the state’s favor. In fact, two other tribes are currently in court arguing that exact premise.

What’s clear is that CNIGA feels that if it takes multiple attempts to renegotiate these compacts to avoid threats to tribal sovereignty, that’s worth the Middletown and Santa Rosa rancherias having to sweat it out in the meantime. That’s easy to say if you aren’t the one doing the sweating, though.