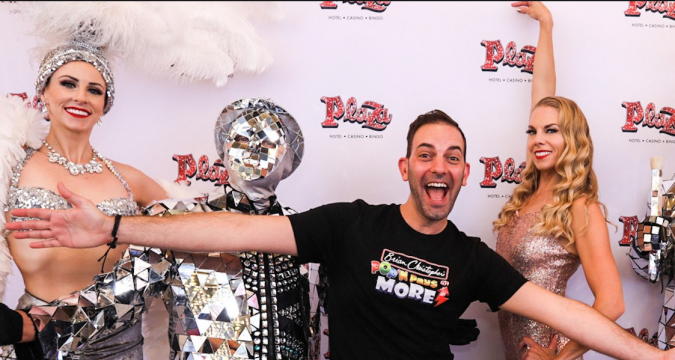 Brian Christopher is known for playing live slots online, so getting his own physical slot machine game that his fans and followers could play was a great move. Now, it’s paying off in a big way.

With attractive animations and unique sound effects, Brian Christopher’s Pop’N Pays More proved to be a huge success. It unrolled in a total of 17 locations and has been running two to four times casino floor averages in just one month.

Christopher found tremendous success when he began playing live slot games on YouTube under BCSlots, which ballooned his social media presence on Twitter, TikTok and other platforms. He is known for his quirky personality and interaction with his dedicated fanbase.

His partnership with a gaming company was a natural evolution, and Las Vegas seemed like the perfect place for the unveiling party for his slot machines. He is the first influencer to create his own slot machine.

With more than 500 thousand subscribers, Brian Christopher gets more than 5 million views each month.

The response to Brian Christopher’s Pop’N Pays More!™has so far been quite successful with performance numbers in many cases, consistently running more than four times the house average.

“We’re really excited to be working with Brian. He’s been an amazing partner to collaborate with, and we’re confident that his fans and players alike will really enjoy this exciting new game.”

“We’re a perfect match. We are both super innovative and forward-thinking. As my fans already loved the original Pop’N Pays games with their constant action, fun bonuses, free games and catchy music, Gaming Arts was the obvious choice to partner with.”

The Brian Christopher comes with 1,047 ways to win and a unique feature that can expand reels 2, 3 and 5 or up to 8 symbols high. Once fully expanded, there are 16,384 ways to win on every single spin.

Moreover, players can activate a rapid free game feature offering up to 15 free spins, which can be retriggered.

Throughout the gameplay, Brian Christopher’s avatar pops up as cash-on-reels symbols, saying his most popular catchphrases. These include: “Oh Nelly!” after a big win, “Line it UP!” when expecting a winning spin, “Rude” if a symbol lands just short of a combination, and other quotes like “Do it to it!” and “It’s all about timing!”

Players already had a chance to enjoy a massively successful launch with game placements in US casinos, including:

The upcoming installations are also scheduled for: 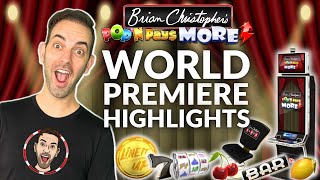 As Christopher is constantly expanding his brand and partnering with casinos all over the US, more affiliations are expected to follow.

For instance, after partnering with Plaza Hotel, where his machine made its grand debut, the casino opened an entire smoke-free slot gaming area and named it Brian Christopher Slots at the Plaza.

In the coming months, Gaming Arts will continue installing the new Brian Christopher game along with adding the other new Pop’N Pays More! games, Piñatas Olé and Big Top, across the rest of the country.

Christopher has made appearances with live streaming videos at various locations, hosting group slot pulls, and free slot pulls. These debuts, events, and meet-and-greets are always a unique opportunity for fans to meet with the No. 1 streamer, take photos and get his autograph. The reception by Brian’s followers has been very well received, with wait times up to several hours and lines over 300 people long, all done happily by his group of admirers.

As Christopher recently partnered with Carnival Cruise Line, he will join the company’s fleet on several cruises over the next two years. The slots influencer will play in Carnival Breeze, Carnival Magic and Carnival Dream, having his games livestreamed from all these ships.