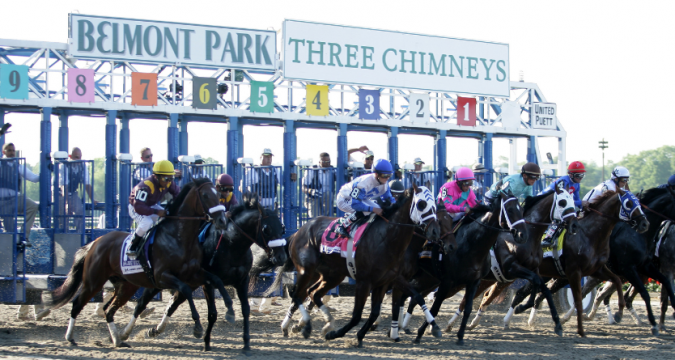 Is Rich Strike a one-race wonder?

That’s the biggest question for Belmont Stakes betting. This Saturday’s race is number 154 and the final leg of the 2022 Triple Crown racing series, which happens at Belmont Park in New York.

Time: Post time is 6:44 p.m.
Network: Every gallop will be broadcast live on NBC.
Weather: The forecast is for possible showers the night before.

There will be no Triple Crown winner as Rich Strike, who captivated the nation after winning the Kentucky Derby at 80-1 odds, skipped the Preakness to aim for the longer Belmont Stakes.

There won’t even be a head-to-head match-up of Triple Crown race winners. Early Voting, who won the Preakness Stakes, is aiming for summer races and isn’t in New York.

There are multiple ways to bet on the big race, nicknamed The Test of A Champion. Whether you like to bet straight or go exacta, having a modicum of knowledge always helps.

Get your $200 risk-free bet for Belmont Stakes betting

What’s so special about the Belmont Stakes race?

That’s the biggest thing about the Belmont. At a mile-and-a-half, the Belmont Stakes is the longest of the three triple crown races and probably the longest race any of these horses will ever run. This puts a premium on speed and stamina and a jockey’s knowledge of when to make his (or her) move.

Making the situation even harder for the horses is Belmont Park uses more sand than other tracks on their course (to handle the weather) that’s why another nickname for Belmont Park is “Big Sandy.”

The first Belmont was run in 1867. It’s named for August Belmont, a social climber back in the day. It’s the fourth oldest horse race in North America. It has a signature drink: the Belmont Jewel (bourbon and lemonade – don’t recommend), and the winner gets a carnation blanket (do recommend).

Taking a look at the field for Belmont Stakes betting

If you’re up for it, you can easily bet the Kentucky Derby online using apps like TVG.

Rich Strike will be the sentimental favorite in the crowd after his performance at Churchill Downs. The horse came from nowhere to win the Derby as the second biggest long shot ever. The chestnut will be ridden Saturday by Sonny Leon, who has never had a mount at Big Sandy before. Still lots of unknowns about Rich Strike.

An intriguing horse in the field, We The People was an early favorite in the Arkansas Derby but struggled and finished seventh, eliminating him from the Kentucky Derby.

He re-emerged at the Peter Pan stakes on May 14 at Belmont, winning gate-to-wire. He’s the only horse in the field who looks like he wants to run early and set the pace. That makes him an attractive choice.

I bet Mo will be a favorite by post-time Saturday. Trainer Todd Pletcher has won three Belmonts, and Mo Donegal should have no issue with the longer distance. He was fifth in the Kentucky Derby, starting from the rail. He won both the Remsen Stakes and Wood Memorial.

Good news for Barber Road is he’ll have Joel Rosario on his back. Rosario has won two Belmonts (2014 and 2019). Rosario rode Epicenter to second-place finishes in the Kentucky Derby and Preakness.

If you think the jockey matters, this is your horse.

This will be his third start in the last five weeks. Creative Minister was held out of the Kentucky Derby but won a big race on the Derby undercard and followed up with a strong third place at the Preakness. He’s only made four career starts.

If you think a fresher horse is better, Creative Minister is worth a look.

Golden Glider was a non-factor in the Derby prep races, finishing fourth at the Blue Grass Stakes. At the Peter Pan Stakes at Belmont Park, he ran a good second behind We The People. He has long shot written all over him.

Here’s the filly in the field. Nest was the runner-up to Secret Oath in the Kentucky Oaks by two lengths. Secret Oath went on to finish a respectable fourth in the Preakness. Nest has four wins in six starts, but this is a big jump up in the level of competition.

The bay colt will be making the 11th start of his career at Belmont Park. He finished a decent fifth in the Preakness but was strong in some Derby prep races in Florida. He’s projected to be back in the field.