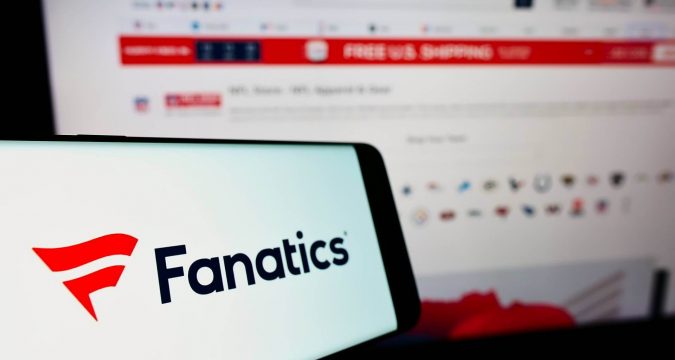 Sports apparel company Fanatics has filed to trademark the brand “BetFanatics” at the US Patent and Trademark Office.

The move is unsurprising given the company’s recent business moves, including a failed attempt to enter the New York sports betting market. Regardless, this is a significant first step for the largest sports-only licensed retailer as it aims to become part of the global sports betting industry.

About the Fanatics trademark

First reported by Josh Gerben, founder of Gerben Intellectual Property, Fanatics will use the trademark for all retail and online sports betting applications.

It’s expected Fanatics will use the name for:

On April 14, the company announced it was planning to build its own online gaming product. Fanatics acquired a copy of the platform source code from B2B supplier Amelco.

As mentioned, Fanatics was also part of a bid to enter the New York market alongside Penn National Gaming and Kambi.

Wall Street analysts speculated Fanatics would follow in the footsteps of DraftKings, Rush Street Interactive and Golden Nugget Online Gaming by becoming a publicly traded company. However, CNBC reported the company would most likely remain private through 2022. Nonetheless, the move to stay private has not stopped Fanatics from securing big-time investors. Recently, the NFL invested $320 million during the company’s latest funding round.

Fanatics previous funding round ended with $1.5 billion, increasing the company’s valuation to $27 billion.

Owned by Michael Rubin, the company projects $4.5 billion in revenue from its e-commerce business in 2022. Additionally, Fanatics has expanded beyond sports apparel by entering the NFT space with the launch of Candy Digital.

Candy Digital raised $100 million in funding valuing it at $1.5 billion.

Other Fanatics investors include: