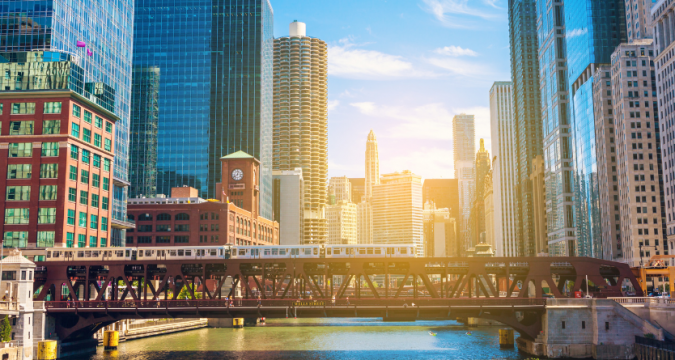 The company paid $40 million to the city, which will help support Chicago’s pension costs. In addition to the $4 million Bally’s will pay annually, city analysts estimate the casino will generate $200 million in tax revenue.

Should everything go as planned, the casino will open sometime in late 2025.

The first of many checks for Chicago

Last week, Mayor Lori Lightfoot signed a comprehensive community host agreement. The agreement includes everything from the Bally’s license to operate, how big the property must be, and its deadlines to open.

In a statement, Lightfoot had this to say:

“This is the first down payment from the casino on the future of Chicago’s pensions and a clear indication of the city’s commitment to its hard-working public safety professionals. In the years to come, the Chicago Casino is projected to bring hundreds of millions of dollars in revenue to the city, with many of those revenues earmarked for pensions.”

The money has been a talking point for Lightfoot’s re-election campaign, saying it would prevent future tax hikes. Critics have already expressed that $40 million is minuscule compared to Chicago’s overall budget woes.

Nonetheless, the new River West casino resort will be a highlight for the Illinois casino industry.

How the Chicago Bally’s Casino project came to be

City Council officials approved the $1.7 billion casino project in a 41-7 vote in May. Bally’s beat out Hard Rock International and hometown Rush Street Gaming and was the only company to offer an upfront payment.

Bally’s also committed $75 million to infrastructure improvements around the casino site. Bally’s says it will create up to 6,000 temporary and permanent jobs as part of the project.

The company is currently working with the Illinois Gaming Board to receive its official casino license. Once approved, a temporary casino will open downtown in mid-2023 on Wabash Avenue, with 800 slots and table games.