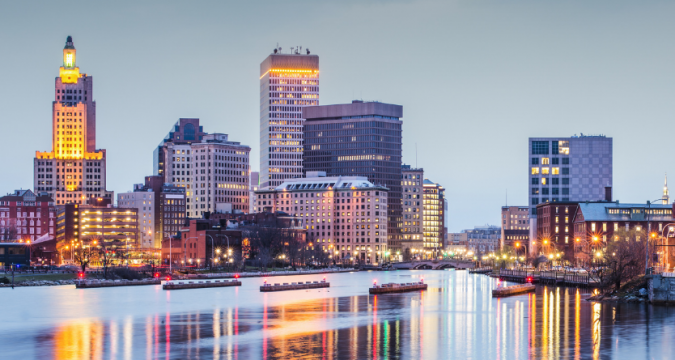 While the debate in Providence over ending a specific exemption continues, a partial casino smoking ban at the two gaming facilities in Rhode Island is now in effect. Moving forward, guests are unable to smoke while they play table games at either Bally’s property.

The change comes in response to protests by the casinos’ workers. It could also help Bally’s avoid a larger prohibition on indoor smoking at its casinos in the state in the future.

Collective action by Bally’s employees in Rhode Island casinos has made some headway. On Friday, Bally’s announced a new policy regarding smoking at Bally’s Twin River casinos in both Lincoln and Tiverton.

According to Antonia Noori Farzan of The Providence Journal, the rules state that smoking while playing table games like baccarat and blackjack now violates the casino’s rules. Bally’s spokesperson Patti Doyle explained the new policy.

“Customers who wish to smoke must leave the table and use a smoking receptacle on the outer perimeter of the table games area,” Doyle stated.

“We have posted signage and ashtrays have been removed at the tables.”

That area is still inside the casino. Additionally, patrons are still free to smoke while engaging in other activities inside the properties such as playing slots. For that reason, it might not satiate workers looking for a more thorough prohibition.

Casinos are exempt under Rhode Island law from indoor smoking bans. Workers at the casinos would like to see that change, though. They’ve held public demonstrations to encourage Bally’s to change its rules voluntarily.

While this is a step in that direction, it might not go far enough. Bally’s employees have also supported a bill in the state’s legislature, H7855. It would repeal the exemption for casinos.

That would likely mean the end of all indoor smoking at Bally’s properties. For that reason, Bally’s opposes the bill. It has been argued that the casinos already provide smoke-free areas on-site.

This change could strengthen that argument. At the very least, it’s another sign that workers can affect change when they unite.