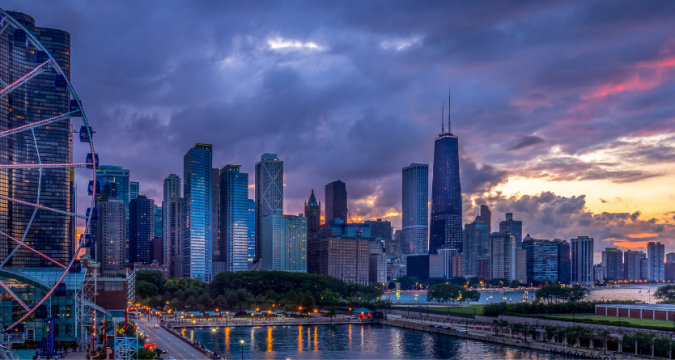 Now that Chicago has officially approved a downtown casino plan with Bally’s Corporation ($BALY) at the helm, it’s on to the next steps.

But before any Illinois gambling can take place, there are still miles of red tape to navigate, starting with approval from the Illinois Gaming Board (IGB).

Illinois Gaming Board must still issue a casino license in Chicago

Following approval from the city, Bally’s will next go before the IGB. There is no official timeline for when the gaming board will review the casino plan. The IGB is its own entity and is not at the mercy of Chicago.

Should everything go according to plan, Bally’s will receive a casino license, thus allowing it to open a temporary location along the Chicago River.

Once it receives a license, Bally’s can begin construction on its $1.7 billion project, which will open sometime in 2026.

City officials have criticized Mayor Lori Lightfoots selection of Bally’s at every turn. Local Aldermen have insisted that Lightfoot’s process has been a ploy to stave off a pre-election property tax increase.

Bally’s is offering a $40 million upfront payment to the city, which will be used to plug holes for police and fire pensions.

During the 90-minute discussion, the scene transformed into a screaming match between Lightfoot and Ald. Byron Sigcho-Lopez (25th).

“$40 million is what we’re rushing for — we’re rushing because we need a positive spin for 2023. That’s what this is about,” Lopez said.

“I know Mayor Lightfoot does not want to hear the facts, and it’s convenient to ignore the facts. I think as legislators we have the responsibility to review this process, a failed process, in an administration that is more worried about campaign contributions than doing the right thing for the city of Chicago.”

“You are a liar. You are a liar, sir. And you are out of order — I will not tolerate you besmirching the hard work of so many people who have worked on this. You may not agree. Then, vote no. But I will not sit here silently while you besmirch my reputation and the people that work for me from your pettiness and the things that you’re trying to do that expose this city to liability.”

The City Council approved the casino play by a 41-7 vote. However, Ald. Brendan Reilly, one of the three “no” votes, questioned the revenue projections from Bally’s.

“This casino needs to generate about $550,000 a day in taxes. For that to happen, the casino would have to win $1.4 million a day all 365 days per year, with no accounting for snow, protests, crime, January and February in Chicago every year, etMMc.”

“Assuming every patron wagers $3,000 daily, which is never gonna happen, the casino will need to see 9,300 patrons every day of the year. Given the number of casino positions, that’s not likely to happen.”

The Bally’s Casino will have 3,400 slot machines, 173 table games, 500 room hotel, a 3,000-seat entertainment venue, six restaurants, a food hall, and three bars. The company has also committed $75 million to infrastructure improvement around the 30-acre site.

If the casino wishes to conduct online IL sports betting, it would have to apply for an additional license with the gaming board.