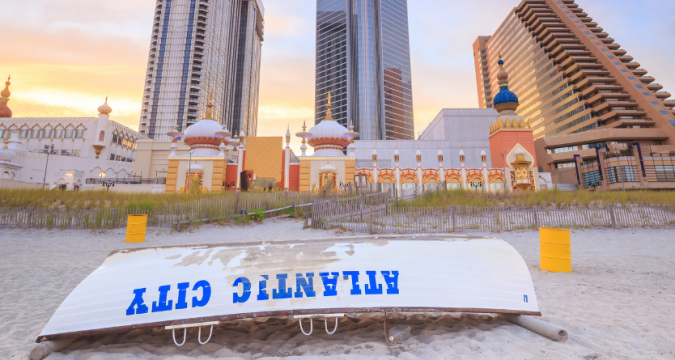 It could be a hot summer in Atlantic City.

Wednesday, members of the Local 54 Unite Here labor union gave permission to authorize a strike if negotiations can’t produce a new agreement between the workforce and five of the nine Atlantic City casinos.

Union President Bob McDevitt told ThePressOfAC that the vote was 96% in favor of a strike among the several thousand votes cast.

When would casino tables go dark in Atlantic City?

The union called for a strike against the Borgata and three casinos under control of Caesars Entertainment: Caesars, Harrah’s, and The Tropicana, by Friday, July 1. A subsequent strike will begin by workers at the Hark Rock on July 3 if deals aren’t in place.

“This is a no (B.S.) thing,” Union President Bob McDevitt said according to reports.

He did not really say B.S.

Contracts expired over two weeks ago, and talks have not produced a framework for a new deal. The vote doesn’t call for an immediate strike, and it merely gives the negotiating committee the power to call for one.

Bally’s and the Ocean Casino Resort have contracts in place and will not have to deal with a strike.

“Ballys and Ocean are in the green zone, Resorts and Golden Nugget are in the yellow zone and the rest are in the red zone,” McDevitt said.

What will halt the Atlantic City casino worker strike?

Concerned by the rising costs of living, the union is seeking a significant wage increase to help workers handle the financial setbacks caused by the pandemic. They would also like to see language written into the contract to keep their jobs from being outsourced internationally.

Casinos and online partners are making more money now than before the pandemic hit, but casino officials believe that the revenue numbers are misleading because they are only able to hold on to 30% of online and sports better money. They have told the union that in-person revenue is an important metric.

According to the American Gaming Association, the New Jersey gambling industry has generated an estimated $1.6 billion in the first four months of 2022, which is a 19% increase from 2021 figures.

This would not be the first strike by casino workers in Atlantic City.

The union went on a 34-day strike in 2004 before reaching an agreement and walked out on the former Trump Taj Mahal in July of 2016. That casino shut down in October of that year.