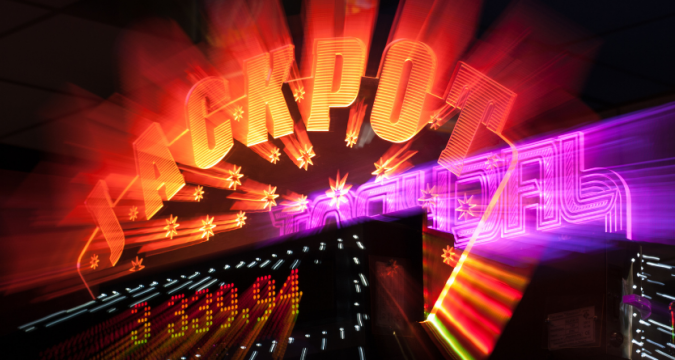 A $5 pull turned into the biggest slot machine payout in Washington State history.

Jose Lopez, 39, told the tribal casino publicity department that it was his girlfriend who told him to take a try on the Golden Charms slot machine at Tulalip Resort Casino on March 20 just after midnight.

A record for this Washington casino

“He took home some cash, but the majority was in a check,” said Dan Miller, casino spokesman.

The previous record slot machine jackpot at Tulalip was $1.1 million scored in February of 2020, also on a Golden Charms progressive slot machine. The winner of that jackpot preferred to remain anonymous.

No word on just how much Lopez, a self-employed painter, will share with the girlfriend.

The all-time record for a slot machine payout was $39.7 million at Las Vegas at Excalibur in 2003.

Lopez has been lucky at Tulalip before, having won $20,000 on a similar game. “The Olympian” reported that he usually plays Triple Fortune and Buffalo Gold.

Golden Charms slot by Scientific Games is a machine with a 50 pay line set-up and an Asian motif with dragons, magic carpet symbols, and figures from ancient myths.

The Washington casino in Tulalip is roughly 40 miles north of Seattle and boasts 370 guest rooms at its hotel and over 2,400 slot machines.