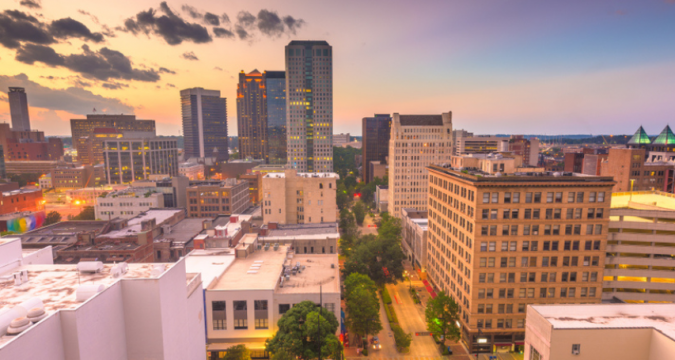 Although there’s no guarantee the passage of time will change minds on introducing a lottery or US casinos into the state, Alabamans could get a chance to vote on those matters in 2024. That’s if a presumptive set of Alabama gambling expansion bills see more success in the next legislative term.

The Alabama Senator behind the push to expand gaming in the state in the past session is vowing to try again. It’s too early to tell whether the odds look any better in 2023 or beyond, though.

Alabama gambling expansion will come up in 2023

Alabama Sen. Greg Albritton seems undeterred by the failure of gambling expansion legislation this year. He gave an interview to Maddie Biertempfel of WHNT and expressed determination to make another attempt in the oncoming legislative session.

“I’m doing all that I know to do. I’m still trying to work with House members and reach out to the governor’s office to find out where we are and to draw a consensus,” Albritton told Biertempfel.

In the past session, however, his proposals never reached the Alabama House of Representatives, much less Gov. Kay Ivey. The legislation failed on the Alabama Senate floor. While Albritton’s proposal wasn’t the only gambling expansion legislation that surfaced during the term, the Senator is the only one to go on the record vowing to try again in the next term.

His proposals were the most expansive of the last term. It’s unclear whether Albritton will narrow that focus to improve the chances of passage in the future.

Alabama casinos, lottery, and sports betting might be on the table

The package would have authorized the state to form a gaming compact for tribal casinos with the Poarch Band of Creek Indians. It also would have created a licensing process for commercial casinos. In addition, it would have legalized online sports betting and finally introduced a state lottery.

Albritton is non-committal on which of those elements might be part of his proposal in the next term. He could be trying to assess which elements there is broad support for right now and planning to base his bills on that.

The passage of time might not change the oppositional forces that doomed his bills this year.

Should Alabama Senator still beware the ides of March?

The next legislative session in Alabama begins on the first Tuesday in March of 2023. One possible advantage of the coming term is that it will feature a newly elected body of legislators who will not be seeking immediate re-election.

Albritton dismissed the idea that election-year politics doomed his bill in the last session, however. His bills could face other obstacles similar to those which combined to prevent the passage of the 2022 versions.

One of the biggest issues that hampered the success of Albritton’s bills in the past session was the opposition of some electronic bingo hall operators in the state. Albritton’s bill earmarked specific sites for commercial casinos.

Operators of competing halls argued Albritton’s bill was “picking losers and winners” as a result. They argued the bills should include an open bidding process for not only the licenses but the sites of the casinos as well.

If the new bills contain similar clauses, the same opposition could surface. Additionally, Ivey is up for reelection this fall. Some opponents of hers are less amicable to gambling expansion than she is. Should one of them win the office, that could constitute another obstacle.

Regardless of any future resistance, Albritton seems determined to make another attempt at Alabama gambling expansion next year. Right now, he seems the cause’s best hope, too.