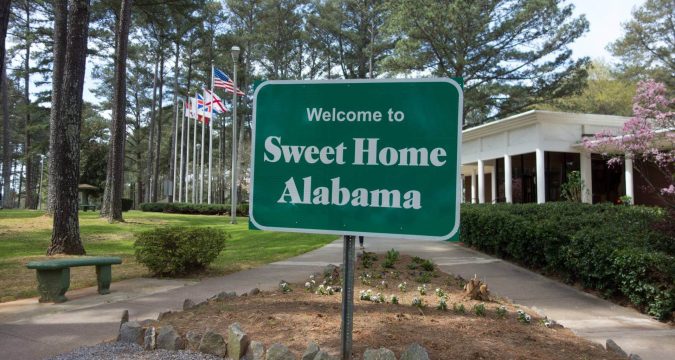 When the 2022 college football season begins, Alabamans will still have to leave their state to legally wager on Crimson Tide futures. The same goes for Alabamans who want to play casino or lottery games any time in the near future. That’s because multiple Alabama gambling bills are headed to the annals of valiant but ultimately failed attempts.

Proponents of gambling expansion in Alabama might try again in the next session. That might be more the case for some of the proposals than others, as the various bills saw varying levels of success.

Altogether, four individual Alabama gambling proposals saw some action in an Alabama legislative committee this session. They varied in their approach as well as their content. However, the aim of all four was to expand legal gambling in the state in some way.

There was an omnibus package that Alabama Sen. Greg Albritton sponsored. It included a potential amendment to the state’s constitution. The other part of the package was an enabling bill spelling out the implementation should the state’s voters approve the amendment.

That amendment would have expanded gaming in the state significantly. In addition to creating a state lottery, the amendment included:

Other bills were narrower in their scope. Sen. Chip Brown‘s amendment proposal plus enabling legislation simply would have created a state lottery, for example. Ultimately, none of the bills advanced out of their original chambers.

Albritton’s came the closest, falling just two votes short of the necessary 3/5 approval necessary for proposed constitutional amendments. In the end, it appears business and regional interests played a role in the death of the bills for this session.

Greene County in the red

Perhaps the most controversial aspect of Albritton’s proposal was the allocation of casinos and its treatment of the state’s electronic bingo halls. Greene County, in the western part of the state, is home to multiple such parlors.

Under AL law, bingo games with a charity component are legal. However, state courts have ruled that electronic games go outside that scope. Enforcement has been lax, though.

Albritton’s bill would have settled the matter by requiring those bingo halls to cease operations. It would allow one casino in Greene Co. but give the owners of the specified site, GreeneTrack, the right to a final bid on the license.

During a hearing on Albritton’s proposal, municipal leaders from the county stressed how they depend on revenue from the bingo parlors. Additionally, they emphasized that the six parlors are among the county’s biggest employers.

Now, that is academic. It does act as a guidepost for the issues that Albritton and others will have to address if they want their legislation to progress further in the future, though.

Will Albritton and others try again in 2023?

Erin Davis of WSFA reports that Albritton will “think about” re-introducing the legislation again next year. In that interview, Albritton didn’t give any clues as to whether the 2023 version would look different or in which ways if so.

Competing business interests in different parts of the state might not be the only obstacle next year, either. Albritton hinted at other possible influences earlier this year.

In February, Albritton told Jeff Poor of Yellow Hammer News that gambling interests from neighboring states might get involved in the debate.

“…but don’t leave out four, five, and six, which is the Choctaws in Mississippi, the Seminoles in Florida, and the interests in Georgia,” Albritton said. “All of those are involved with this. They have interests in what we do and how we do it. And so, those are factors that come into play, also … MGM, Harrah’s — all of those.”

Then there’s the perpetual conservative opposition to any gambling expansion on moral grounds that any such bills will have to contend with. For certain, the task remains tall next year. That doesn’t mean Alabama senators like Albritton won’t make any more attempts, though.