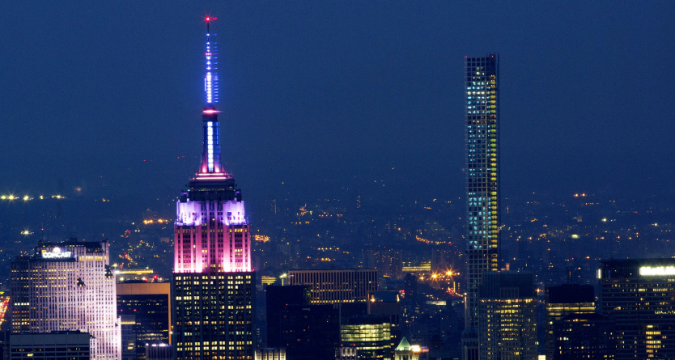 Despite all the impressive numbers that have come out of legal online New York sports betting over its first six months, there’s only one that really matters in the conversation about that industry’s present and future.

That number is 51, and it ties a national high for US online gambling revenue share rates. It’s the percentage of gross gaming revenue that New York’s nine licensed operators are paying out to the state.

Voices are chiming in, calling it “unsustainable” and prognosticating that the sportsbooks can never actually turn a profit, giving away more than half of their revenue right off the top.

Leaders in the state have considered adjustments but so far haven’t acted on any proposals, essentially sending a message that the operators knew what they were getting into. The heart of the matter really is whether New Yorkers should care whether the legal online sportsbooks they have access to are turning profits.

PlayNY broke it all down earlier this week. Through the first six months of legal online sports betting in New York, bettors have wagered over $8.5 billion on sporting events.

As impressive as $8 billion in wagers over six months is, it’s really not an important number. Revenue is king, and handle is the court jester. Sportsbooks have held more than $600 million from that amount.

That $600 million revenue figure has meant over $300 million in new revenue for New York. All those figures are unprecedented in terms of US online gambling in just half a year’s time.

So, everyone should be popping champagne and hugging it out, right? Well, that isn’t exactly an accurate depiction of the situation. Some are forecasting doom and gloom around the revenue share agreement.

Enter “The Rate is Too Damn High Party”

PlayNY also recently featured some comments from Sportradar, head of US government affairs Brandt Iden. Iden made a case for why New York has to reduce the share of revenue it is taking.

If you feel like that name is familiar, he’s the former Michigan legislator who pushed for legal online gambling. Yes, he’s the same Brandt Iden that enjoyed an all-expenses paid trip to a golf course in Florida while Michigan’s legislature was drafting its online gambling laws and multiple provisions of those laws seem to benefit the parties that covered the costs of the trip.

Thus, it seems Iden’s loyalties are obvious. His role with Sportradar, which is a vendor for online sportsbooks in New York, further entrenches his bias. With that in mind, Iden argued for a far lower revenue share. Like less than 1/5 of the current rate.

Iden told PlayNY that single-digit tax rates make the most sense. He also called the current tax structure with operator expenses very unsustainable. Iden questioned whether states should depend on revenue from gambling as well.

He isn’t in this “party” alone. PlayNY has also shared that DraftKings CEO Jason Robins has expressed displeasure with the current arrangement. Robins said that “with an appropriate tax rate,” New York could be “a very profitable market for us.”

What’s been sorely absent from the discourse about the unsustainability of the current revenue-sharing agreement is supporting language from anyone who doesn’t have a financial stake in sportsbooks keeping more of their win. It’s only fair to examine sportsbooks’ interests, though.

Do sportsbooks have a legitimate beef?

Crucial context missing from this discussion is the operating expenses that Iden referenced. It would be a lot easier to accurately ascertain this situation if BetMGM or BetRivers opened their books. Then the public could see how much it cost them to make their share of that $600 million so far.

That would be voluntary, though. Those companies have no legal obligation to share their accounting with the public. For the sake of argument, though, suppose that they are losing money in the current structure.

There’s an important caveat to this idea in comments from Robins. PlayNY also quoted Robins saying that if there is no reduction to the revenue share, DraftKings will,

“Make the necessary adjustments to ensure that it meets the two-three year payback, and it’ll be a very profitable market for us in the long run.”

How could books do that if the 51% rate stays in place? Again, there is only speculation.

How NY sportsbooks could make adjustments

There are traditionally two ways for businesses to increase profits; cutting expenses or increasing revenues. Many times, businesses will take an approach that does some of both. There is no public access to these businesses’ financials, so it’s impossible to ascertain where books could make cuts.

Increasing revenues, therefore, is the more viable consideration for this analysis. Simplistically, there are two main ways a sportsbook could do that. Either win more wagers or increase their vig (their interest in existing bets) to make more money on their current volume.

Either approach presents risks, though. One way to win more wagers is to ban or limit bettors who are regularly winning, thus minimizing losses. The downside to that approach is it could alienate potential bettors who might make a donation to the business through lost bets.

Increasing vig often takes the form of offering more operator-friendly odds, i.e., -135 on a market that would normally see -110 odds. The risk there is your competition might be willing to undercut you.

Could either of those approaches or a combination of the two be what Robins referred to as “necessary adjustments” in the future if New York doesn’t play ball on the sharing percentage? Those matters venture into whether bettors should care about the profitability of New York sports betting.

Another unknown that makes a discussion on this topic hard to define is what profit margin these gambling companies consider acceptable. Several of them are publicly-traded companies, and thus, there really is no acceptable level. The acceptable level of profit for shareholders is always more.

Bettors should concern themselves with the state of affairs if the majority of the nine operators do take up these practices on a wide-scale basis. That could be inevitable to some extent, though.

Eventually, there will be no more glutton of shiny new customers to sign up in New York. Customer acquisition will no longer be a feasible growth strategy. Maximizing the value of the existing customer base will be the only option left.

That could lead to selective lower limits and more vig even if the state does lower the tax rate at some point. In turn, that presents some intriguing thoughts about whether the public at large should care about NY sportsbooks’ profitability.

So, should everyone in New York take an interest here?

It’s important to remember that even at this large number, the tax revenue for New York from online sports betting represents a small fraction of the state’s overall budget. It’s also important to consider the state’s interest in this activity. The fiscal interest is all about capturing as much tax revenue as possible.

If sportsbooks do increase vig across the board, it could alienate bettors to the extent they stop placing wagers on the legal books. The state’s sticking to its guns on the 51% rate could actually backfire, then, as 51% of a smaller pot could actually work out to be less money than 35% of a larger pot.

At the same time, there’s really nothing to stop books from selectively limiting bettors and upping vig at any time. Current market forces are the only thing keeping them from doing so. It’s the fear of losing market share, mostly.

If all nine operators agree to collectively act in those ways, the state could pursue antitrust and collusion litigation against them. However, that’s kind of messy. It was the state that formulated a framework in which the operators came together as a bidding unit to land a contract.

The bottom line for all New York residents is that there is a circumstance in which the state could collect less tax revenue than it currently is from legal online sports betting, and that would run contrary to the public interest. The current tax rate and sportsbooks’ profitability play roles in that situation.

However, it’s difficult to ascertain whether or not the sportsbooks aren’t actually profitable right now, and that scenario could involve some bad faith actions on the sportsbooks’ parts. For now, the current landscape is a win for the state’s coffers, whether the books are turning a profit or not.