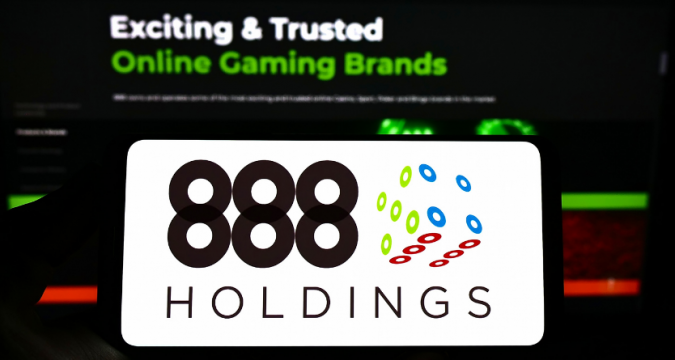 The company reported a decline in its B2C sector, which, as a whole, accounted for $215 million. Revenue from B2C totaled $191 million, 14% less than a year ago. Revenue from the company’s sports betting arm was $24 million, representing a 42% year-over-year decrease.

Describing the start of the year, Chief Executive Officer Itai Pazner said it was,

“Another busy period of progress for 888.”

888 is spending money to make money

Part of 888’s expenses, much like other US online gambling operators, comes from marketing and advertising. The company invested more money in these two verticles to start the year, especially in the US, to help increase its footprint.

888 also launched the World Series of Poker (WSOP) in Michigan, which required financial resources. The WSOP recently announced its Michigan online circuit, which begins on April 20 and runs through May 1.

888’s B2B operations also reported a slight decline. The company reported revenue of $9 million to begin the year, a 6% year-over-year decline. 888 is in the midst of restructuring its portfolio.

The company sold off its bingo operation to Broadway Gaming last year and is in the middle of closing its purchase of William Hill’s European assets. If 888 has to pay fees to the UK Gambling Commission for the William Hill purchase, it has roughly $19.57 million set aside.

Additionally, 888 was able to reduce the terms of the initial $3 billion purchase of William Hill.

The revised terms of the deal and launches in additional US states have Pazner pleased with the company’s direction. Not to mention, 888 received approval to offer sports betting, casino, and online poker in Ontario.

Pazner had this to say:

“Having revised the transaction terms for William Hill and completed an equity placing to part-fund the deal, we are on track to complete in June and continue to execute our plan to build a global online betting and gaming leader.”

“I am pleased with the group’s progress, and we are looking forward to returning to year-over-year revenue growth in the second half of the year, as we benefit from further launches in additional US states, together with our expectation of relaunching in the Netherlands and ramping up our recent launch in Ontario.”